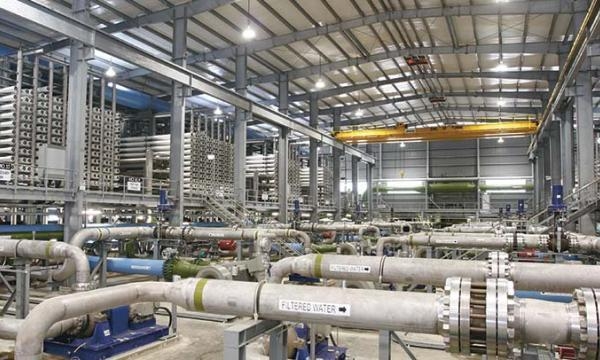 Hyflux protested Utico's allegations that they did not hold townhalls due to 'costs', 'waste of time'.

Water treatment firm Hyflux has contested statements made by UAE-based suitor Utico, including claims that groups are working with either of the two companies, a firm binding offer, and issues in the proposed virtual townhall meeting.

In an SGX filing, Hyflux said that it is unaware that the unsecured working group (UWG) is working with them, Utico, or the P&P holders. They also said that they are unaware of any firm binding offer, majority approvals obtained at three P&P votes as well as a P&P vote conducted, or what conditions in respect to Hyflux directors that Utico has said in its letter dated 11 October.

Hyflux has asked Utico to provide it with details of discussions with the UWG, the offer being claimed, and the conditions reportedly discussed.

The embattled water treatment firm further contested Utico’s claims that Hyflux’s affidavit filed in relation to the judicial management hearings fixed for 14 October states that ‘UWG would like to ensure parallel engagement with P&P and an offer prior to UWG acceptance.’

They added that Utico’s claim that SIAS has confirmed it to be the only party to have made a P&P offer and asked for a townhall meeting “untrue.”

The firm also protested Utico’s statement alleging that Hyflux did not announce and do P&P townhall meetings citing costs and ‘waste of time', saying tha the statement is false.

“We also reject your unwarranted insinuation that we have stated that dealing with the P&P holders and/or the SIAS are a "waste of time,” the statement read. “The whole point of Utico providing details of how it intends to deal with the concerns raised by creditors (including a further revised offer,if necessary) is to ensure that the townhall that you have suggested does not become a "waste of time and resources" for the creditors and their advisors who have already conveyed to you that they do not support your offer.”

Hyflux also denied Utico's allegation that the Restructuring Agreement signed 29 November 2019 was not consummated due to several factors not related to Utico but due to several breaches by the water firm.

Instead, Hyflux claimed that it was Utico who had breached the confidentiality undertakings set out in the RA by misusing confidential information provided by Hyflux for collateral purposes.

“Once our genuine concerns were addressed and you had provided an enhanced confidentiality undertaking, we provide the requested information to Utico without delay,” Hyflux added.