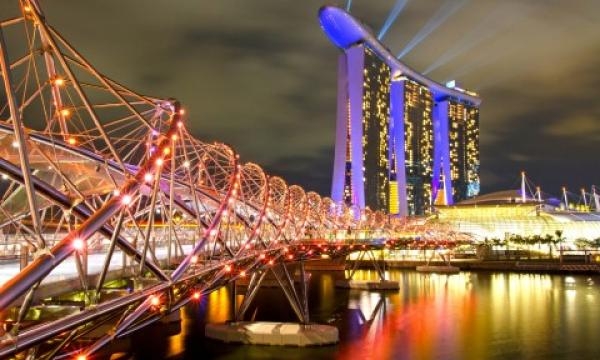 The new variable capital company structure could create over 1,000 jobs for the next two years.

A bill has been passed to introduce a corporate structure called ‘variable capital company’ or VCC which will step up Singapore’s fund management industry through capturing value from the full management value chain through fund domiciliation and management.

Through the new law, Singapore-based fund managers that domicile funds locally as VCCs can look forward to significant cost economies and fewer cross-border administrative and compliance hurdles through the use of local service providers operating out of just one country, second minister for finance Indranee Rajah explained. She added that VCCs would also be able to access Singapore’s competitive tax regime.

Singapore is not the only jurisdiction in this region that has introduced VCC equivalent structures. We need to keep pace with other international fund management centres if we are to capture the additional economic benefits of fund domiciliation.

Aside from leveraging the fund management industry, the law could also pave way for the increase of business opportunities for lawyers, accountants, tax advisors, fund administrators and custodians in Singapore as the Monetary Authority of SIngapore has estimated that the framework could create about 1,000 jobs within the first two years after its introduction.

“In practice, VCCs will operate from an office in Singapore and employ Singapore-based corporate secretaries, engage Singapore-based lawyers, fund administrators and so on to facilitate their operations,” Rajah noted.

Unlike companies under the Companies Act, VCCs, through the new law, will be allowed to vary their share capital, without having to seek investors’ approval.

“This is a common feature in investment funds, and allows investors the flexibility to exit their investments in the fund when they wish to do so,” Rajah said.

The law also requires VCCs to issue and redeem shares at their net asset values. They will be able to pay dividends using capital allowing investment funds to meet their divident payment schedules which may have been agreed upon with investors, in contrast to companies under the Companies Act that can only pay dividends out of profits.

Through the bill, VCCs have the option to be establish as a standalone or umbrella fund with multiple sub-funds.

“The umbrella with sub-funds structure creates economies of scale, as the sub-funds can share a common board of directors and use the same service providers, including the same fund manager, custodian, auditor and administrative agent,” Rajah explained.

Such scheme would benefit fund managers, who may wish to group their funds, such as their Asian bond fund together with their European equities fund, under a single umbrella VCC.

To facilitate fund domiciliation in Singapore, the law will provide a re-domiciliation mechanism for existing overseas investment funds constituted as corporate structures similar to VCCs. In addition, existing funds domiciled in Singapore as companies, limited partnerships or unit trusts can also restructure to take advantage of the VCC structure.

According to Rajah, MAS consulted on the VCC framework and the bill, and has engaged extensively with the industry and the public over the past 18 months. The framework took its reference from similar corporate fund structures available in other global investment fund centres such as Ireland, Luxembourg and the United Kingdom.