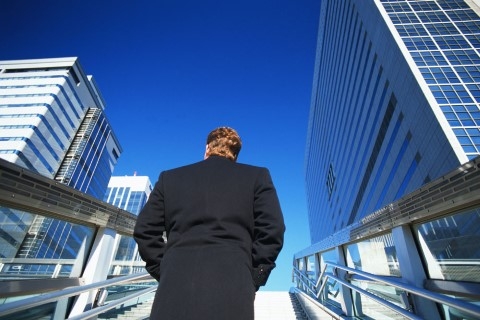 Specialised funds are growing larger than ever, but where does the money go?

Venture capitalists’ long-running efforts towards launching massive funds for emerging startup segments are paying off as rounds grow larger. By the time native venture capital (VC) firm Jungle Ventures launched its newest fund (and its third in Southeast Asia), it had already pumped up its targets to $200m—significantly larger than the targets it had for its first fund in 2012: $10m. In April 2019, it successfully breached this target and closed the round with a whopping $240m.

Jungle Ventures’ latest round is one of Singapore’s largest for 2019 and highlights how VC firms are pushing their funding goals further than ever. But a question remains: where does the money from these big rounds go?

According to Valmiki Nair, partner at Dentons Rodyk, startups in fintech, payment services, B2B, and digital tech are getting the most attention from these funds. This is reflected in the data aggregated by Enterprise Singapore (ESG) which showed that for the first three quarters of 2019, digital tech startups clinched 93.2% of the $13.4b deployed towards startups, accounting for 278 deals, up from 145 deals in the same period last year.

But the capital does not only flow to these popular segments, as other investment areas have emerged as well. Nair noted that logistics and healthcare are the two sectors that have attracted more interest in the same year.

Mark Suckling, partner at Cento Ventures, thinks that this is just the beginning for supply chain-related funds in Southeast Asia as institutional flows are still intensifying. "We expect to see a trend towards the emergence of value-chain specific funds and fund managers. Digitalisation is reaching ever further into numerous industry sectors and Southeast Asia hosts an increasing portion of many global supply chains. New venture firms and vehicles will emerge with clear sector-led investment theses for tech in the fashion industry, agriculture and food, labour, healthcare services, manufacturing, construction tech and so on,” he said.

Biotech boot up
Biotech is also taking a share of the capital, with healthcare and biomedical science startups receiving $148.3m in funding and digital health startups clinching $126.9m, according to ESG data. Investments in biopharma and medtech startups for the year were also sizeable at $21.4m. Experts see a lot of investment potential across these sub-sectors.

Vishal Harnal, partner at 500 Startups, is most excited about the biopharma space. “We will see a number of companies in the cell and gene therapies space as well as small molecules,” he said. Related startups include Lucence, which raised US$20m in a series A round in November 2019 for its product involving less invasive liquid biopsy to help clinicians analyse tumors and make treatment decisions.

Nair, on the other hand, sees interest in new medical devices, such as diagnostic devices, companion diagnostics, health software, and alternatives to drugs as innovations get traction. For instance, EndoMaster which raised $20.5m in 2017, will soon launch a robotic-assisted system that can remove tumours from the intestines and stomach without making incisions.

Hsien-Hui Tong, head of venture investing at SGInnovate, concurred with Nair but added, “Medtech products or services that focus on the users—be it healthcare professionals or patients—instead of only on the technology, which is just the enabler, will continue to win big.”

Tong said that biotech startups’ innovations can be difficult to get off the ground due to challenges unique to the sector, and these are not limited to financial metrics. “Besides the need for ‘patient’ capital, there are various unique technical, structural and cultural barriers that these startups have to overcome. It takes years, not just a few deals, to go through the cycle to get the real experience and make the right judgement calls. This is especially so for the biomedical sector as there are safety and regulatory approvals required at different stages of development as well as rounds of clinical trials to conclude,” he said.

Moreover, there is also a risk that the market may no longer be there when the product is ready to be launched.

Even with the heavy risks, Nair argued that the criticality of funding still drives investments into biotech, Nair said. “It typically takes about 8-10 years to grow a biomedical start-up, and will typically take in the region of US$50m to US$100m to successfully fund such a startup from start to exit. We would emphasise that intellectual property (IP) protection is of paramount importance to healthcare and medical sector startups as companies operating in the field heavily rely on technology, software and brand reputation,” he said.

Do stage and size matter?
The interest in the above startup sectors would not materialise if it weren’t for the 36% jump in overall venture startup funding driven by growth across all funding stages. However, a gap between deal volumes is noticeable, as ESG data revealed that whilst early stage funding almost doubled to $886.1m across 304 deals, growth stage funding amounts leapt 33% to reach $12.5b in 83 deals.

Nair explained that one reason is perhaps due to the rise of angel investors and family offices’ investments into startups. “High net worth individuals and family offices are increasingly viewing startups as having the potential for outsized returns. This is expected to continue in the future as the current generation, being in the tech era and environment, better understands the startup mentality and the need to diversify beyond the usual target businesses,” he said.

Suckling also explained that in their reporting of data, a number of factors are at work. “Deals at the earliest stages (under $500,000 in proceeds) are not always as widely reported as those at the slightly later stages. Whilst we try to gather as much information from the participants in each market as we can, we also take the view that reporting of the smallest deals is subject to some variability.”

Their findings still suggest that there is an uptick in activity across the board. “We conclude that this is being driven by an improving supply of opportunities for investors, as more startups emerge that apply technology across the various sectors of Southeast Asia’s economy. This is combined with a strong supply of capital. Many established VC firms have announced new funds, and other sources of capital continue to appear. New sources include corporate investors, as well as VCs from other regions that have only recently started investing in Southeast Asia. “

Tong commented that in their area of speciality, deep tech startups, a gap is also emerging between early-stage and later-stage funding rounds, particularly from series B onwards.

“Investors still tend to shy away from later-stage deep tech startups, due to reasons such as the longer gestation period, bigger funding rounds and difficulties of evaluating these research-based solutions. As a way to help bridge the series B round for local deep tech startups, SGInnovate co-invests with PE firms, large VC firms and corporate VC firms. By doing so, we hope to lower the risks for the private sector and encourage more investments in deep tech startups,” he added.

Some venture capitalists are taking the funding gap with a grain of salt. Harnal said, “More people are starting companies—that's a great development. However, doubling the base of the pyramid doesn't necessarily double the number of companies that are able to scale and attract capital successfully.”