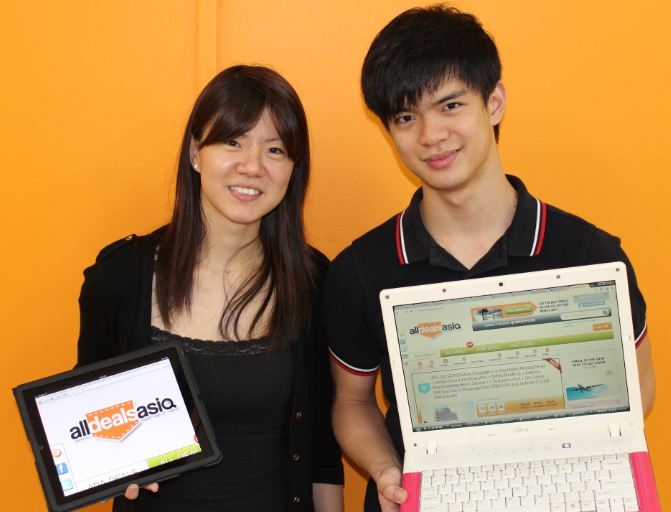 3 in 5 group buying sites in Singapore have died out over the past 2 years and AllDeals Asia is just amongst those left.

A recent report from Groupon states that 74% have shut down in the past two years indicating lethal competitiveness. Furthermore, out of the companies that have ceased operations, 84%of them lasted less than 12 months.

Singapore Business Review just spoke with AllDeals Asia, a local startup which started in 2010 and now bills itself as one of of the most watched dealcommerce sites in Singapore with regional reach especially in Malaysia and Philippines, about the state of the industry.

According to Yiping Goh, co-founder of AllDeals Asia, one of the 19 group buying sites currently existing said that the costs of operating a business and customer acquisition in Singapore are generally higher than the rest of South East Asia, except Hong Kong but it is not really a difficult market.

“Singapore businesses have high operating costs however this doesn't necessarily mean that it is a difficult market. In general, with the higher disposable income that Singaporeans and foreigners residing in Singapore command, purchasing power is rather high,” she said.

Ms Goh also noted that there are still various reasons to cheer about the market especially that eCommerce is still considered relatively new in Singapore . "It is actually an emerging and growing market. The whole group buying scene is still growing. According to AllDealsLeak.com, a company that monitors the group buying industry and trends, states that the aggregate players contributed S$11.5 mio transactions in August 2012, compared to S$8.19mio in January 2012,” said Goh.

According to Goh, the issue with many group buying sites shutting down is because there were just too many deal sites trying to take a pie of the market. “While the market is easy to enter, with almost no barriers to entry, it is difficult to sustain a long term position as costs of acquiring a large base of customers is high and so are marketing and operational costs. In the end, even with a rapidly growing industry, it cannot sustain too many players,” she said.

What does it take to succeed ?

To succeed in this industry, Goh said that it requires great cashflow management and financial stability/backing, a team of people who are dedicated to deliver results and go the extra mile for merchants, customers and the company

For startups who wish to be featured, kindly email  your company profile to krisana@charltonmediamail.com