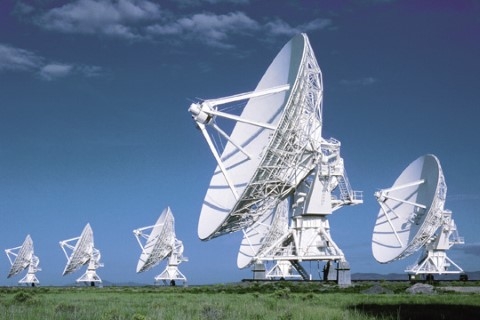 Unless it will boost its capex spend which currently stands at $65m, 10 times smaller than Starhub's estimated $600m spending for its 4G network since 2013.

Analysts have since weighed on how TPG’s entry could take its toll on Singapore’s telco industry.

An earlier DBS report noted that the new entrant could grab up to 4% of potential telco revenue by 2022 in spite of incumbents’ moves to to tie up with Mobile Virtual Network Operators (MVNOs).

A more recent report stated that a 10% negative impact could arise from TPG’s entry into the city-state, which may hit incumbents with a declining average revenue per user (ARPU) excluding roaming by 8-6% in the FY19-20F before finding ground by FY21F.

But in an interesting twist, DBS Research says that TPG would not make much of a difference as its network quality won't be up to par with incumbents. DBS Research thinks that TPG is not spending enough to boost its network infrastructure, with capex spending currently at only around $65.7m, or 22-32% of its planned $200-300m for its Singapore rollout.

At this current level of spending, DBS Research thinks that TPG is unlikely to pose major threat to incumbents due to potential network quality issues. Starhub, one of its major competitors, is likely to have spent over $600m on its 4G network since 2013 which is almost 10 times of the current capex spend of TPG on its 4G network.

“Network quality issues would make it difficult for TPG to lure low-end subscribers, who already enjoy much better network quality and coverage through Mobile Virtual Network operators (MVNOs) that ride on the incumbents’ mobile networks,” they commented.

“We are of the view that to become a disruptive market player in Singapore, TPG would need to significantly ramp up its rollout capex to provide ubiquitous coverage,” they added.

Separately, TPG revealed that its production network covers about 90% of outdoor areas during its FY18 results briefing and mentioned that is on track to meet the nationwide coverage requirement by December 2018. Despite this, DBS Research thinks that its current capex spend could result to poor with patchy and inadequate coverage inside buildings and MRTs.

“Any potential delays in TPG’s network ramp-up or negotiating access to the incumbents’ network could lead to TPG failing to meet the coverage deadlines set by IMDA,” they commented. “Whilst this is likely to result only a fine ($5,000-S$50,000) in the first few instances, continued failure to meet coverage requirements, particularly owing to issues in securing funding for capex, could prompt the regulator to mediate a forced consolidation of the industry or push TPG to dispose of its spectrum assets to an incumbent.”

DBS Research thinks that TPG still needs to amp up its current capex spend and network rollout for 2019 to meet IMDA’s road tunnel and in-building coverage requirements by December 2019. Moreover, they noted that TPG would also need to negotiate access to common antenna systems of the incumbents, given the limited availability of space for deploying antennas in key sites.

TPG is slated to launch 4G trials in Q418, followed by a commercial launch of services in Q2 2019. Meanwhile, incumbents have been amplifying their own games before TPG kicks off as each incumbent partnered with mobile virtual network operators (MVNOs), taking the total number of mobile service providers in the country to seven from three players at the end of 2015.

The Australian telco earlier revealed plans to offer unlimited voice and 3GB of data free of charge for 24 months to senior citizens in Singapore as part of its aggressive pricing strategies in order to secure market share in Singapore.